With two albums under his belt, Janson has already made a huge mark on country music. With hits like “Buy Me a Boat”, “Fix A Drink” and “Drunk Girl”, he’s no stranger to the charts, as they all went Top 10. His latest single, “Good Vibes” is well on its way to the top 10 as well!

A masterful entertainer, musicians across the industry have frequently said Janson should be in the running for Entertainer of the Year every year. 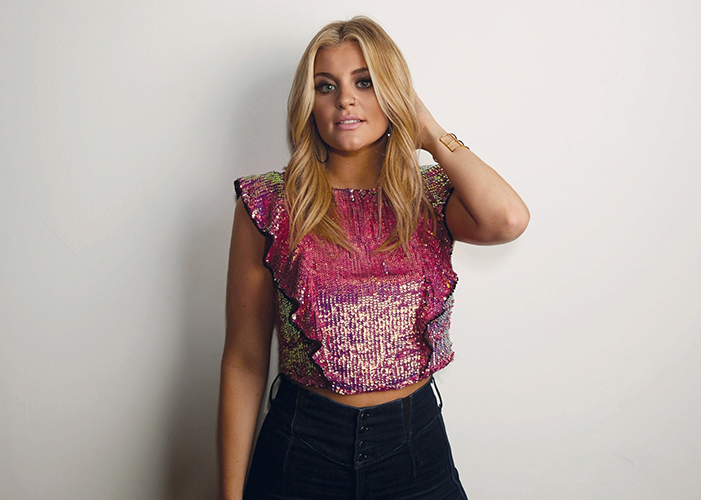 Georgia native Lauren Alaina captured America’s hearts when she competed on Season 10 of American Idol. In 2017, Lauren followed up her No. 1 debuting first album, Wildflower, with the release of the critically-acclaimed Road Less Traveled. The album landed on multiple end-of-year “Best Of” lists including Billboard, Rolling Stone and Amazon, and it became the top-streamed female country album release of the year. Praised as “full of life lessons and uplift” (PEOPLE), the collection of 12 songs all written by the young star includes Lauren’s first No. 1 hit, title track “Road Less Traveled.”

Lauren is this year’s ACM New Female Vocalist of the Year and performed on the Apr. 15 broadcast live from Las Vegas. She was also nominated for ACM Vocal Event of the Year for “What Ifs,” the double-platinum-selling No. 1 collaboration with her childhood friend, Kane Brown. Lauren is one of CMT’s Next Women of Country and she received her first CMT Music Award for Breakthrough Video of the Year with her No. 1 smash “Road Less Traveled,” This year she received her second CMT Music Award for Collaborative Video of the Year, with Kane Brown.  In addition to performing on the 51st Annual CMA Awards, 2017 saw Lauren earning nominations for CMA New Artist of the Year, several Teen Choice Awards and Radio Disney Music Awards. Morgan Wallen is carving his own distinct path in modern Country music. With two #1 hits under his belt (2018’s PLATINUM-certified song of the summer “Up Down” feat. Florida Georgia Line and multi-week GOLD-certified chart-breaker “Whiskey Glasses”) and his debut album hailed as one of Taste of Country’s “Best of 2018,” the hit-making singer-songwriter’s authenticity continues to connect, resulting in over 1 BILLION total career streams to date.

One of MusicRow’s 2019 Next Big Thing artists and a 2019 CMT Breakthrough Video of the Year Award nominee, the Tennessee native has simultaneously struck out as a songwriter, co-penning hits for Jason Aldean (including PLATINUM-certified #1 “You Make It Easy”), Kane Brown, A Thousand Horses and Dustin Lynch. Wallen has made national television appearances on Jimmy Kimmel Live! and TODAY, and has been called “disarming and unapologetic” by Rolling Stone.

He is currently on the road with FGL for their nationwide CAN’T SAY I AIN’T COUNTRY TOUR, and will continue touring this fall as direct support on Luke Combs’ BEER NEVER BROKE MY HEART TOUR. A native of Philadelphia – the one in Mississippi, not the City of Brotherly Love – Big Loud Records/Tree VibezMusic Country artist HARDY first arrived in Nashville in 2010 and has since established himself as one of the most exciting new songwriters on Music Row.

Emerging in 2018 with the PLATINUM-certified #1 “Up Down” (performed by Morgan Wallen feat. Florida Georgia Line) and PLATINUM-certified, #1 hit “Simple” (Florida Georgia Line), his knack for unforgettable grooves and unique turns of phrase have made him an in-demand collaborator, with new school talents like Chris Lane, Seth Ennis, Tyler Farr, Walker McGuire and more lining up to cut his tracks.

HARDY made his debut as a solo artist, releasing two four-song EPs of Country swagger and rock attitude, THIS OLE BOY (October 2018) and WHERE TO FIND ME (January 2019). Putting his artistic identity on display, HARDY’s voice is gritty in “4×4,” soulful in the background vocals of “This Ole Boy,” resigned in “Signed, Sober You” and edgy in the stack of harmonies in first single “Rednecker.” HARDY is introducing his fresh Country sound to fans for the first time as part of Wallen’s IF I KNOW ME TOUR on the road now, and will join multi-platinum duo Florida Georgia Line for their CAN’T SAY I AIN’T COUNTRY TOUR this summer. Five minutes into a Russell Dickerson show and even the wariest of country music novices understand why the ocean-eyed, 6’4, fashionably-forward electric performer is being called the future of country music, going on to collect back-to-back no. 1 singles since erupting on the scene with what became “the biggest love song of year” (“Yours”). Inspired by his wife and muse of five years, Kailey (as are most of his songs), “Yours,” which shares a title with his debut album, turned out to be his ticket to superstardom.

Following the tremendous response to “Yours,” his debut album of the same name helped prove that Dickerson’s success was more than a fluke. Charting at no. 5 on the Billboard Top Country Albums chart and no. 1 on Billboard’s Emerging Artists chart, the album helped spawn additional hit single “Blue Tacoma” and current single “Every Little Thing,” which is Top 20 and climbing. With writing credits on every song, the debut allowed Dickerson to put his artistry on full display and showcased his ability to tell a captivating story set to music. For the past couple of years, Kip Moore has spent most of his time on the road, building one of country music’s most loyal audiences show by show and plotting what would become his sophomore album, Wild Ones. He was a road warrior, living out of a tour bus with his bandmates and playing more than 200 shows per year. For a songwriter who’d grown up in a quiet pocket of southern Georgia, performing to crowds across the world — crowds that knew every word to his best-selling debut album, Up All Night — felt like a dream come true.

Somewhere along the way, though, the highway became a lonely place. The routine was always the same: pull into town, play a show, pack up and leave. There was no stability, no comfort. Things weren’t much easier at home in Nashville, where Moore —whose first album had sent three songs to the top of the country charts, including “Beer Money” and “Hey Pretty Girl” —found himself receiving plenty of unsolicited advice from people who wanted to keep the hits coming…at any cost.

“Once you start having a little bit of success,” he says, “all of a sudden, there’s a lot of opinions about who you should be, what you should be doing, how it should be marketed. A lot of those opinions are great, but Wild Ones was influenced by me saying, ‘This is just who I am. I’m not gonna do what other people are doing. I’m not chasing a trend. I’m gonna do the kind of music I wanna do, and the kind of music I think my fans wanna hear, and that’s the end of the story.’”

From amphitheater tours with Dierks Bentley to his own headlining tours across America, Moore has spent the last three years learning what, exactly, his fans want to hear. He’s a genuine road warrior, armed with a live show that mixes the bombast and wild desperation of Bruce Springsteen with the rootsy stomp of Merle Haggard. It’s a sound built on space and swagger. A sound that bangs as hard as it twangs. A sound caught somewhere between blue-collar country music and stadium-sized rock & roll. And that’s the sound that Moore’s fans, who’ve already catapulted him to PLATINUM-selling heights, want to hear.